Throughout history, Black prosperity has been seen as a threat to whiteness. In the face of this, Dawoud Bey’s Mr. Moore’s Bar- B-Que, 125th Street, 1976 (1976)  is one of many photographs in his “Harlem, USA” series that documents Black businesses throughout Harlem, marking them as vital parts of the neighborhood and local economy. Artists such as Noah Davis examine the moments when Black financial success has come under attack. Davis’s Black Wall Street (2008) reflects on the 1921 Tulsa Massacre, when the country’s wealthiest Black neighborhood, once known as Black Wall Street, was burned to the ground by white mobs.

How might we reimagine our systems of value? Hank Willis Thomas appropriates images from advertisements directed to or featuring Black subjects, showing how desirable these images are, and in turn, how valuable they are to those selling products attached to them. David Hammons and Meschac Gaba ask us to consider new possibilities for how money might exist in the world. In Hammons’s Too Obvious (1996), the cowrie shells, a precolonial West African currency, that fill the piggy bank acknowledge how that system of value was violently supplanted. Gaba’s African Artist with American Inspiration: Citigroup (2004) places images of himself and his artworks on dollar bills, creating an American currency that celebrates African artists and Black cultural production.

If we are to leave capitalism behind entirely, then perhaps we should look to Pope L.’s Skin Set Drawing: Black People Are the Glory of a Shared Piece of Candy (2004) which calls to mind notions of mutual aid. It envisions an economy based in care, in shared sweetness. This is an ideal to hold on to as we move toward liberation and racial and economic justice.

Black Wall Street was organized by Jordan Jones, former Joint Curatorial Fellow, The Studio Museum in Harlem and The Museum of Modern Art. 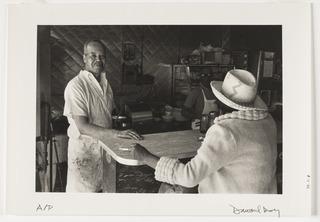 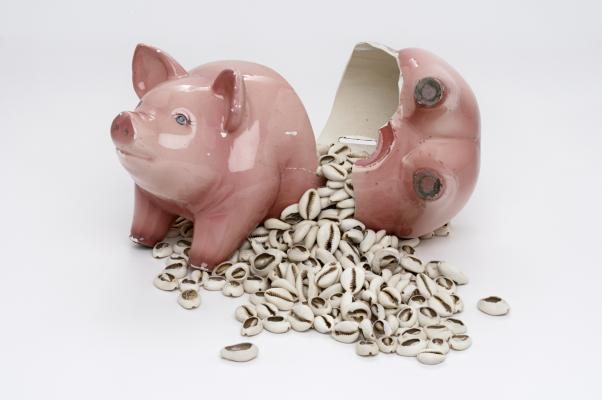 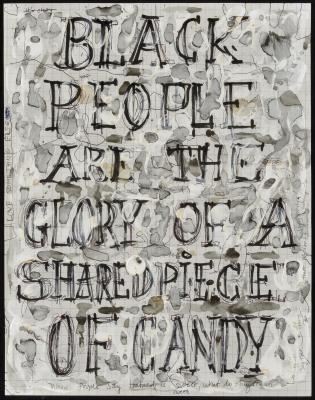 Skin Set Drawing:Black People Are the Glory of a Shared Piece of Candy 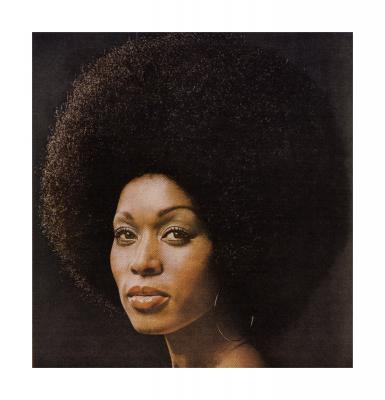 Who Can Say No to a Gorgeous Brunette?

Skin Set Drawing:Black People Are the Glory of a Shared Piece of Candy

Who Can Say No to a Gorgeous Brunette?